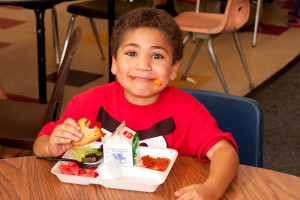 Approximately 14,000 low-income children in Larimer County receive free or reduced-price lunches during the school year. To meet their needs during the summer months, we would need to serve 616,000 lunches. Last year, groups throughout the county served 59,858.

To address this overwhelming gap, the Food Bank for Larimer County’s Kids Cafe program works with the federal government to provide free summer meals to low-income children through the Summer Food Service Program. Summer sites provide nutritious, balanced meals to food insecure children and enrichment and physical activities, nourishing children’s minds and bodies when school is out.  This summer, we will work with partners like Northside Aztlan Community Center, Estes Park Elementary and Base Camp. We’ve also added sites, the Matthews House at the Genesis Project and Peace with Christ Lutheran Church, for a total of 11 sites this summer. With new sites, we’re hoping to serve 500 additional children – a 50% increase over last year.  We’re doing our best to close the gap, but with existing resources and limited partnership opportunities, we are restricted in the number of children we can help.

Summer feeding programs – where available – are essential to closing the summer hunger gap, and Congress should make it easier for community organizations like food banks to operate summer programs. But we need more flexibility to be able to reach children who don’t have access to a site. Program regulations say the only way we can feed children is if they consume a meal on site, but our community could protect far more children from hunger if we were allowed to send meals home.

Congress has the opportunity to close the summer hunger gap when they rewrite the Child Nutrition Reauthorization (CNR) this fall.  As Coloradans, we are in a unique position to advocate for children. The CNR is drafted in part by the House Education and Workforce Committee.  The Senate’s version is created by the Committee on Agriculture, Nutrition, and Forestry. Senator Michael Bennet and Representative Jared Polis sit on these committees.

How can you help? First, learn more about CNR on Feeding America’s website.  Next, join our advocacy group (email: info@foodbanklarimer.org) to receive updates and important messages to share with elected officials. Finally, share this information with your network to raise awareness and ensure every child in our community has the chance to succeed. 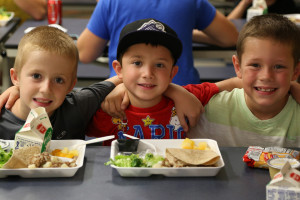 Last summer, the Food Bank’s Kids Cafe program created and delivered a record-setting 41,609 meals at sites around Larimer County. The program served roughly 1,000 kids each day. Approximately 650 of those kids attended sites in Fort Collins. According to recent data from the United States Department of Agriculture (USDA), the Colorado Department of Education and the Hunger Free Colorado, nearly 1,200 additional children are in need of summer feeding services in Fort Collins.

“This summer, our focus will be on feeding more Fort Collins kids,” said Bruce Wallace, Programs Director. “After seeing the data from the USDA, CDE and Hunger Free Colorado report, we are committed to shrinking that gap.”

To work towards filling that gap, the Food Bank will partner with two new sites, CARE Housing at Peace with Christ Lutheran Church and Mathews House at Genesis Project, in 2015. To help meet increased demand, the Food Bank applied for and received a $15,000 grant from Disney Worldwide Services and a $20,000 from ConAgra. With new sites and additional funding, the Food Bank hopes to feed 500 more children this summer and increase the number of meals served to over 50,000.

Since 2005, the Food Bank for Larimer County’s Kids Cafe program has served free, nutritious meals to low-income children ages 3-18 after school and during the summer. The Food Bank partners with several Larimer County sites where children already congregate, including Boys and Girls Clubs, community centers and schools. In addition to healthy meals, Kids Cafe program sites also offer a safe place, where under the supervision of trustworthy staff, a child can get involved in educational, recreational and social activities. 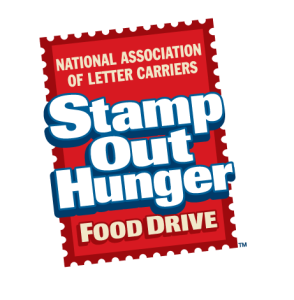 The Food Bank for Larimer County is asking for the community’s support on May 9 as it joins America’s letter carriers and Feeding America, the nation’s largest domestic hunger-relief organization in the annual Stamp Out Hunger food drive. Hosted each year by the National Association of Letter Carriers, Stamp Out Hunger is the largest single-day food drive in the country. The event helps to support the one in ten Larimer County residents who struggle with hunger.

“Stamp Out Hunger is like no other food drive. It allows every community across the country to collectively come together on one day to do their part to fight hunger. We are so grateful to community members who donate non-perishable items and for the letter carriers who take the time to collect each bag to help fight hunger in Larimer County,” said Amy Pezzani, Executive Director, Food Bank for Larimer County.

Residents can participate by donating non-perishable food items and leaving them near their mailboxes in the blue bag provided by their mail carrier or another sturdy bag on May 9. The Food Bank places a particular emphasis on nutrition and asks community members to donate nutritious items, including peanut butter (non-hydrogentated oil); canned tuna & chicken in water; canned fruits in fruit juice; and low sodium canned soups. No glass containers, please. A letter carrier will collect the donations and deliver them to the Food Bank. Items will then be distributed to those facing hunger right here in Larimer County. Residents are urged to call 970-481-5541 in the event that the food they have left outside for pick up has not been collected. If their call is not answered, they should leave a message that includes their phone number and their address.

Cash, checks, or on-line contributions towards the food drive are always welcome. Please write, “Letter Carriers Food Drive” on the check or make a note to an online donation. However, cash and checks should never be placed in the food drive bags left for the letter carriers for pick up, because processing so much food takes several weeks. Cash donations can be mailed to the Food Bank for Larimer County, 1301 Blue Spruce, Fort Collins, Colorado, 80524.

According to Feeding America’s recently released Map the Meal Gap 2015 study, 43,940 Larimer County residents are food insecure. Stamp Out Hunger is the opportune time for the public to help neighbors who struggle with hunger.

“Hunger affects every community in the country,” said Fredric Rolando, NALC president. “At least six days a week, our letter carriers are a local touch point in communities everywhere and we are thrilled to be able to support our neighbors in need though the Stamp Out Hunger food drive.”

The Stamp Out Hunger food drive was created in 1993 by the National Association of Letter Carriers to encourage communities to come together in an effort to stock the shelves of food banks and pantries nationwide. The event is held on the second Saturday of May each year. For 22 years, the Food Bank for Larimer County and local letter carriers have worked together to contribute to the national food drive, delivering over 1,000,000 pounds of donated food to help those in need. Stamp Out Hunger  is held in 10,000 cities and towns in all 50 states, the District of Columbia, Puerto Rico, the Virgin Islands and Guam. Last year, letter carriers collected over 70 million pounds of food donations to be donated to their local food bank and pantries. The United States Postal Service, AFL-CIO, National Rural Letter Carriers’ Association, United Way, Valassis and Valpak are all supporting this year’s Stamp Out Hunger food drive.