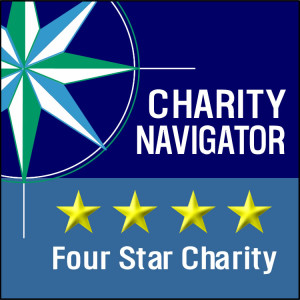 The Food Bank for Larimer County’s sound fiscal management practices and commitment to accountability and transparency have earned it a 4-star rating from Charity Navigator, America’s largest independent charity evaluator. This is the 12th consecutive time that the Food Bank has earned this top distinction.

Since 2002, using objective, data-driven analysis, Charity Navigator has awarded only the most fiscally responsible organizations a 4-star rating. In 2011, Charity Navigator added 17 metrics, focused on governance and ethical practices as well as measures of openness, to its ratings methodology.  These “Accountability & Transparency” metrics, which account for 50 percent of a charity’s overall rating, reveal which charities have “best practices” that minimize the chance of unethical activities and whether they freely share basic information about their organization with their donors and other stakeholders.

“The Food Bank for Larimer County’s coveted 4-star rating puts it in a very select group of high-performing charities,” according to Michael Thatcher, President & CEO of Charity Navigator. “Out of the thousands of nonprofits Charity Navigator evaluates, only one out of four earns 4 stars — a rating that demands rigor, responsibility and commitment to openness. The Food Bank for Larimer County’s supporters should feel much more confident that their hard-earned dollars are being used efficiently and responsibly when it acquires such a high rating.”

“It’s important our donors trust that we’re using our funding wisely to accomplish our mission to provide food to all in need through community partnerships and hunger-relief programs,” said Amy Pezzani, CEO, Food Bank for Larimer County.  “Our 4-star Charity Navigator rating demonstrates to our supporters that we take our fiduciary and governance responsibilities very seriously.”

Four-star rating and other information about charitable giving are available free of charge on www.charitynavigator.org.   More-detailed information about the Food Bank for Larimer County’s rating is available to Charity Navigator site visitors who become registered users, another free service. 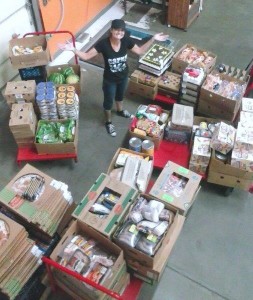 A shopper from Harvest Farm, a rehabilitation center for men, checks out in Food Link. Harvest Farm provides three meals per day for its 72 residents. Today’s order was 1,945 pounds for $209.49.

The Food Bank partners with over 85 non-profit organizations in the community, including food pantries, soup kitchens, shelters, snack programs, childcare and residential programs and centers for the disabled. The Food Bank provides quality food to our partner agencies for a shared maintenance fee ($.19 per pound or less and produce and bread is free). This fee helps pay for the transportation costs of acquiring the food as well as safe handling, storage and related expenses. Our partners distribute the food and/or provide meals to low-income and at-risk populations at sites throughout the county. Thanks to our partners, food for 1.1 million additional meals reaches our neighbors needing assistance. Each year, our Food Link program saves our partner agencies over $2 million in food costs allowing them to direct these savings toward programming. 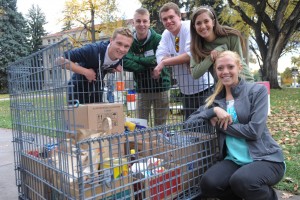 At the Food Bank, we love this time of year because everywhere we turn it seems our community is talking about Cans Around the Oval! Whether it’s neighborhood kids collecting cans door to door or CSU student groups standing outside the local grocery asking for donations, you’re sure to run across a Cans Around the Oval team.

This month we welcome the 29th Annual Cans Around the Oval, a Colorado State 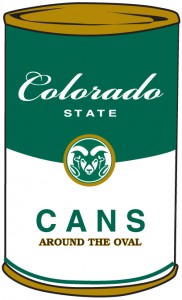 University tradition, where students, faculty, and staff partner with community members, area businesses and public schools to raise hunger awareness, as well as food and monetary donations for our Food Bank. The event is sponsored and organized by the Student Leadership, Involvement, and Community Engagement (SLiCE) office at CSU.

Last year, well over 100 groups including, CSU student and greek organizations, University offices, academic departments, PSD Schools and local faith groups worked together to raise nearly $47,000 and 47,470 pounds of food! Since its inception, Cans Around the Oval has raised $297,176 and collected 1,390,910 pounds of food!

It’s not too late to register a team! To get involved, visit the SLiCE website.