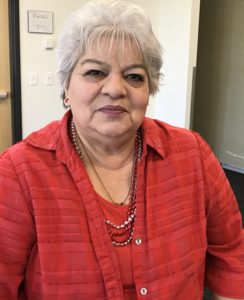 Lupe Gonzalez, a 71-year-old senior and Fort Collins resident, moved here in 1985 with her three children from Wyoming. She was a single mother working three jobs to make ends meet, including translating for Spanish-speaking patients at the hospital. Lupe worked hard and was proud to give her children a better childhood than she had.

Lupe worked her way up and earned medical terminology degree from LCCC and perfected her spoken and written Spanish skills to continue translating. She taught at an education center and helped others learn medical terminology and translation skills. During those years, Lupe was proud to be self-sufficient. “I was doing good with a good car and everything.”

In 2001, she suffered a stroke, ending her earning years. It took Lupe months to recover, eventually regaining the ability to speak. However, the stroke wiped out areas of her memory, including medical terminology and her translating abilities. It took Lupe three years to qualify for disability, but only three months to run through her savings. 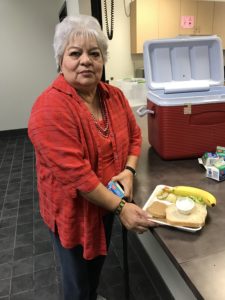 In 2004, a friend of Lupe’s suggested she attend the VOA senior meal program and she’s been a regular ever since. Lupe described it by saying, “I got a lot of friends here. I get to go places because they take us here and there. The food, the meals are good, too.”

Lupe makes ends meet with meals at the senior lunch program and with the help of the Food Bank for Larimer County. Twice a week she helps prepare and serve senior meals at the Northside Aztlan Center in Fort Collins, Colorado. In trade for volunteering, Lupe’s meals are free and there are often leftovers to bring home. She enjoys the social aspect of the meal time, including the competitive bingo games.

Lupe also frequents the Food Bank.  “The Food Bank really helps me,” Lupe says.  She relies on the Food Bank as much as twice a week as long as she’s not snowed in and has transportation.

With the help of the Food Bank for Larimer County and the senior meal program, Lupe worries less about putting food on the table. She does not have to make tough choices between food and paying her other expenses including housing, medicine, and transportation. 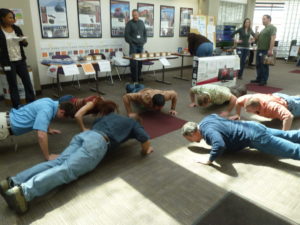 The challenge spans the entire month, but each company designs their own campaign timeline and style. Some participants do a basic and simple food drive or have a food-based event such as a bake sale or chili cook-off – others get downright creative and do things like executive tricycle races or have genuine food fights! The more engaging and fun, the better! Businesses can also elect to set up an online portal to capture donations and encourage customers, families, and friends of employees to campaign on behalf of the business as well.

END_OF_DOCUMENT_TOKEN_TO_BE_REPLACED 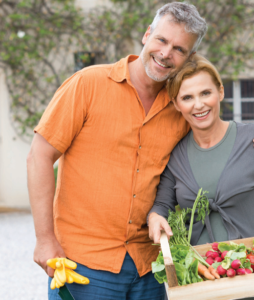 Most people contribute to nonprofit groups during their lifetime, but only a small number choose to continue this support through a charitable gift in their will or estate plan. You can be one of those special people. You can help the Food Bank for Larimer County continue to make a life-saving difference in our community with planned giving.

There is no better way to honor the people and moments that have made such an impact on your life than by giving to others. Planned charitable giving is not just for the wealthy; it is something we can all do to ensure a lasting legacy of hope.

There are many ways you can give back to your community and help others less fortunate. Ways to plan for charitable giving include:

Planned giving makes a huge impact on the Food Bank for Larimer County. By providing a charitable gift in your estate plan, will, or trust, you ensure that essential programs and indispensable work for families and seniors will continue for years to come.

It’s never too early to start planning; please consider a legacy gift to help feed the hungry when you are writing or updating your will or trust. A few minutes of thoughtful time now will provide the framework for a lasting legacy of nourishing and enriching lives.

If you would like more information regarding planned giving or have any questions, please contact us today – we’d be happy to help! 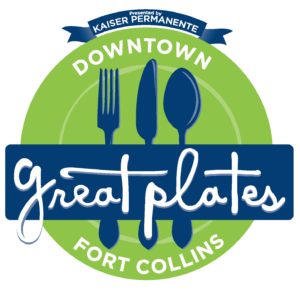 Great Plates of Downtown Fort Collins is a chance to enjoy $25 dining specials at 28 different downtown restaurants from March 1-14, 2017; whether you’re revisiting your favorite spot or discovering somewhere new, there’s plenty to enjoy and something for everyone.

All restaurants offer dining option(s) for $25 that includes special menu items, different course options, and some even include drinks. See the full list of participating restaurants and their specials here.

These specials are offered to encourage patrons to donate their savings to the Food Bank for Larimer County. Last year, diners helped raise $87,000 and this year we have a lofty goal of raising $90,000! After you dine, look for Great Plates donation information with your check. For every $1 donated, we can provide $5 worth of food to children, families, and seniors in our community living with food insecurity.

By joining the Great Plates fun, you’ll not only help the Food Bank for Larimer County meet its mission, but you’ll also help support our downtown restaurants with your patronage.

‘Like’ our Facebook Page to see video interviews in the coming weeks with several participating restaurants to get an inside look at what goes on behind the scenes of Great Plates. Download your Great Plates list by clicking here and start planning your Great Plates of Downtown adventure. Be sure to invite your friends!